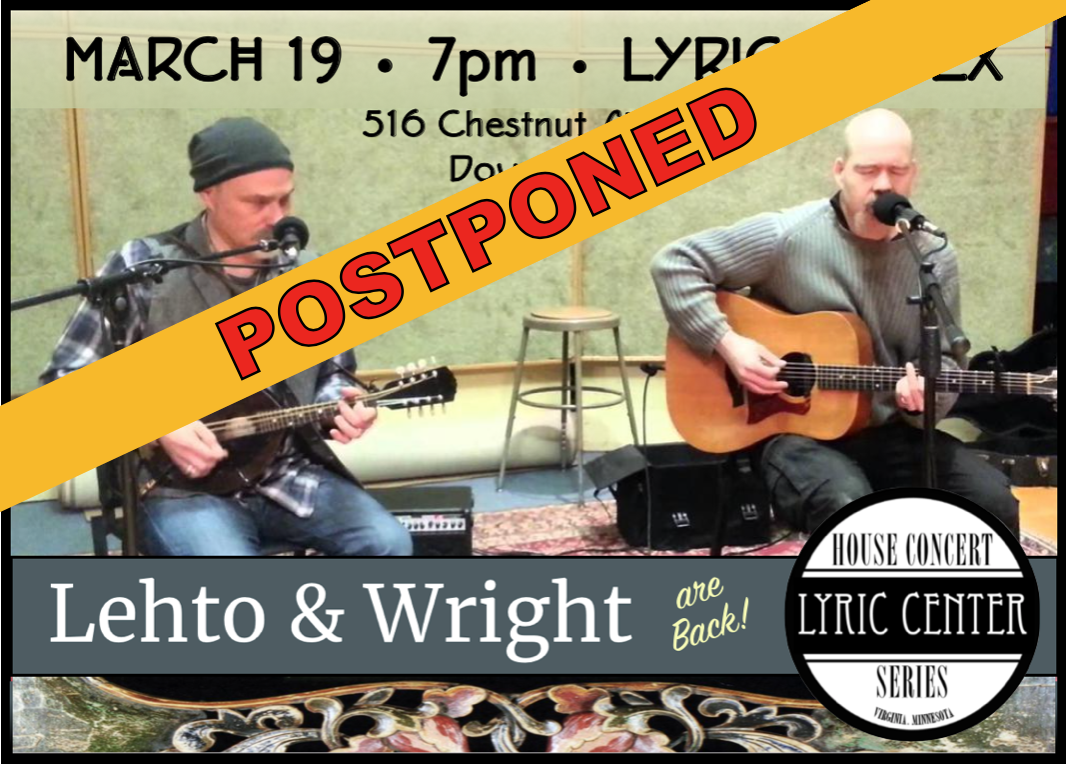 Lehto & Wright, a MN-based Folk-Rock and Progressive Rock band whose first live performance was in 1999 and has continued, non-stop, to this day.  Lehto & Wright have a sound that is a unique blend of traditional and modern styles. By taking cues from the British Isles and American folk traditions and interpreting them with contemporary guitar-based arrangements,  Lehto & Wright have taken a unique  approach to the world of Folk, Folk Rock and Progressive Rock. 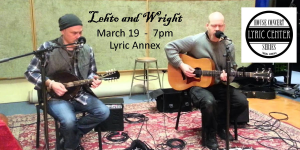 Lyric Center for the Arts